Hi again!
To tell a little about myself, I would say that I have been married for 6 years to an extraordinary and creative person from whom I learn every day, Julieta, and we have two wonderful daughters, Siena and Chloe. There is nothing I appreciate and value more than enjoying my family.
Sport is one of the foundations of my life. I was inside a tennis court since I was 6 years old and throughout my childhood and adolescence. I can say that this sport, which I love, taught me highly appreciated skills in my technological career such as passion, strategy, sacrifice, reaction speed, the fight to win every point, never giving up, education, humility to learn from mistakes and that a minimum detail can change everything.
I am a passionate reader of fantasy literature for as long as I can remember and an apprentice writer, also of the same genre. I also love jazz, opera, the Royal Albert Hall in London and, obviously, cinema.
I love cooking because I consider cooking to be the most complete art, since it provokes moods in all senses: taste, sight, touch, smell and even hearing.
I lived in Oxford (UK) for 6 years. For me, Oxford is the best city in the world. 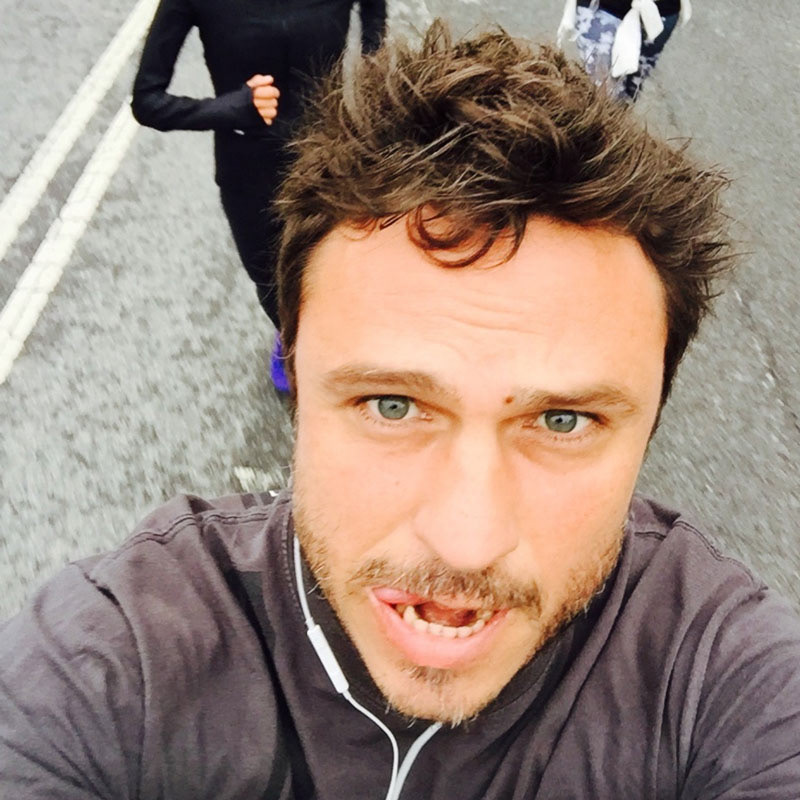 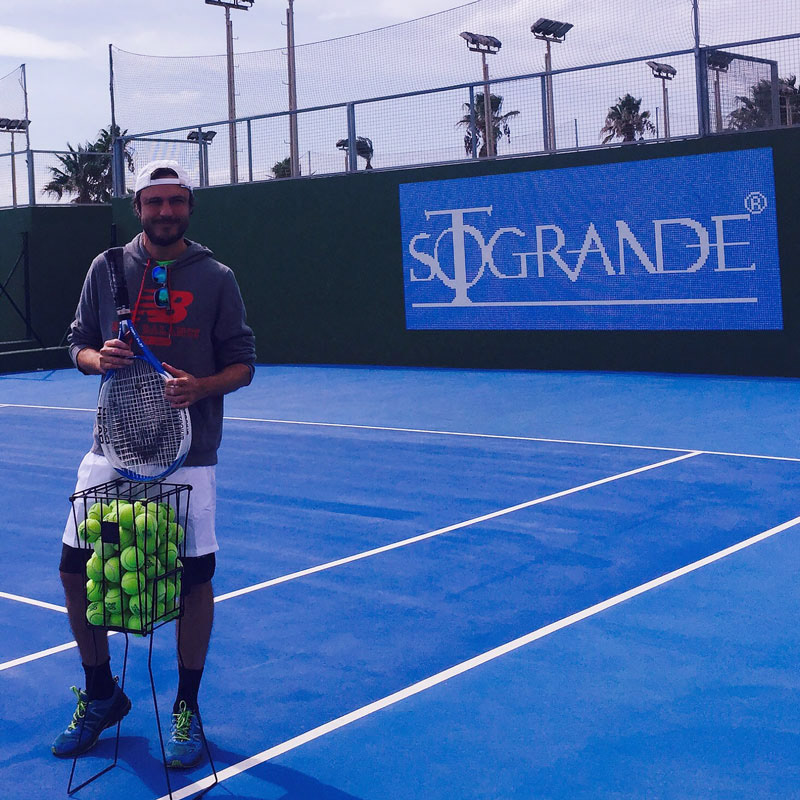 Tennis on the beach 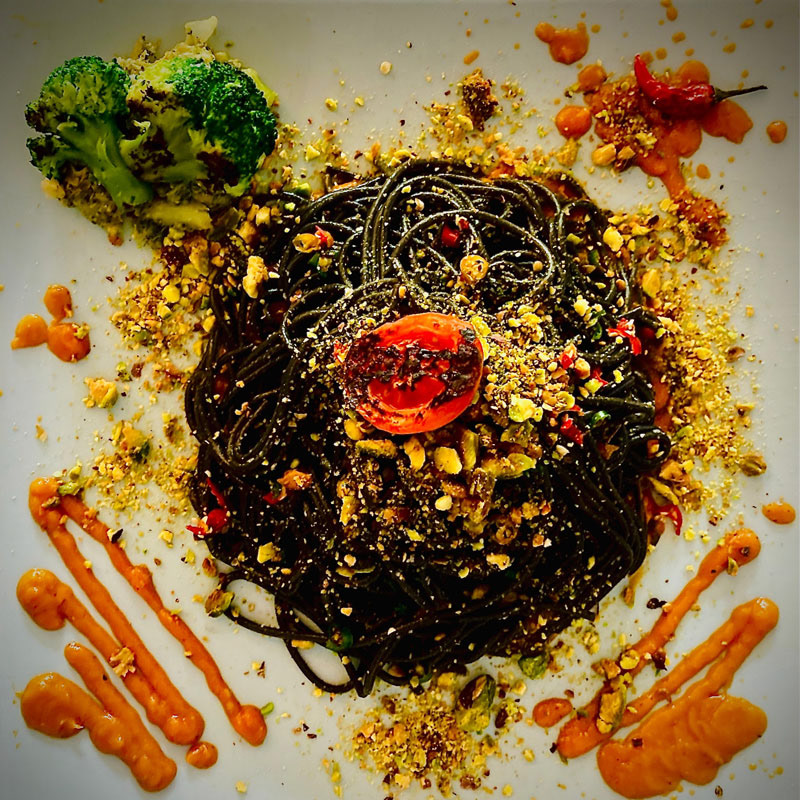 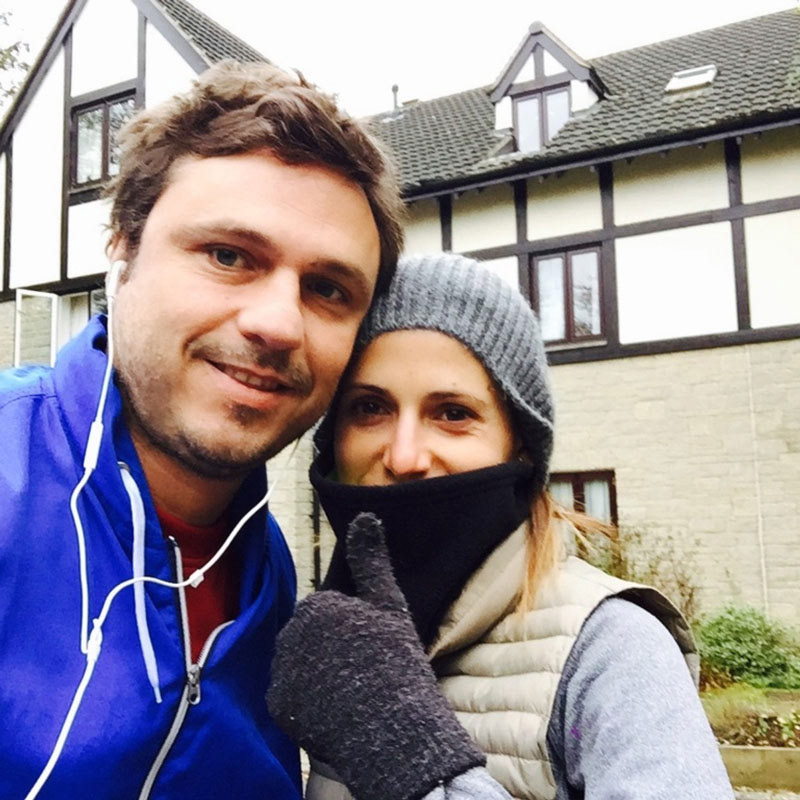 With wifey at home before running 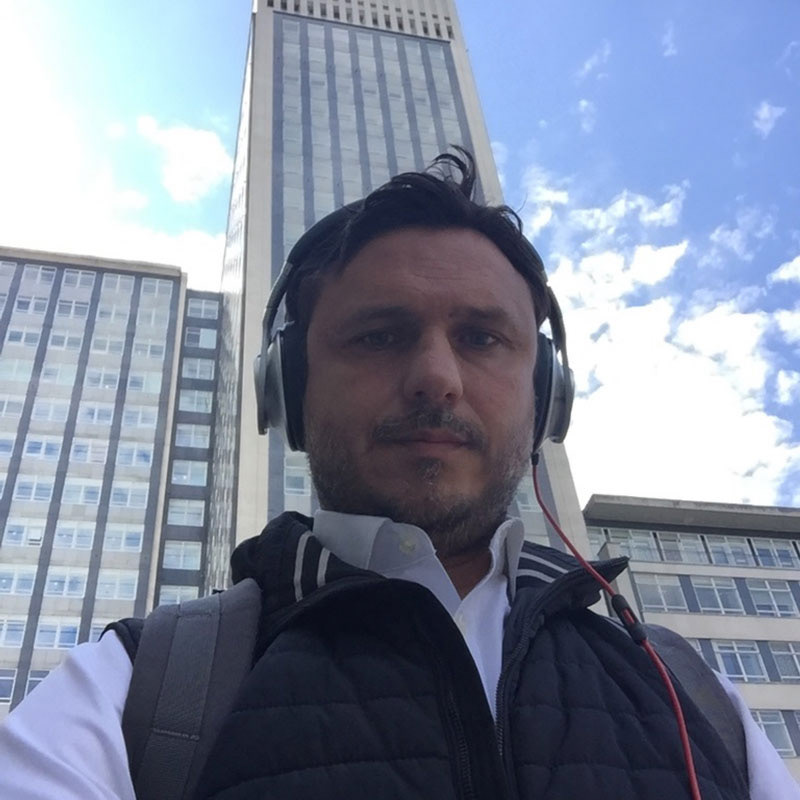 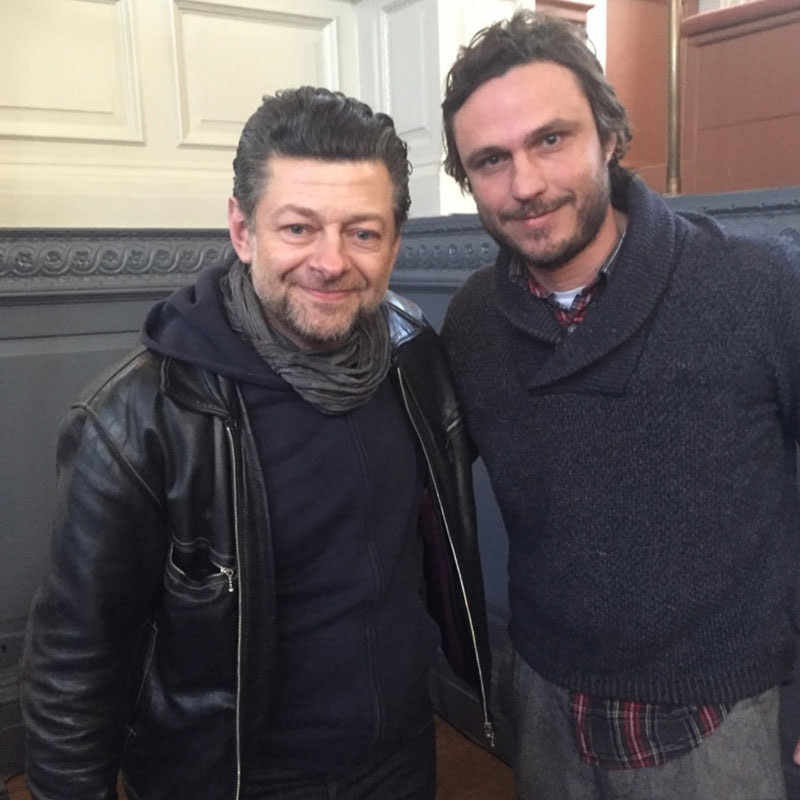 Andy Serkis at Bodleian Library. More than an extraordinary actor. 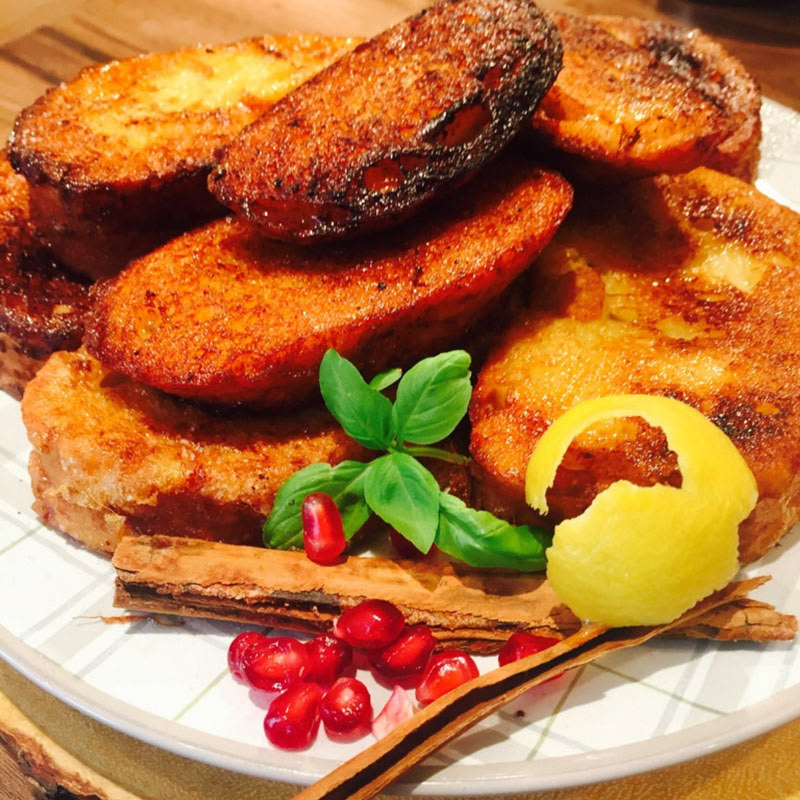 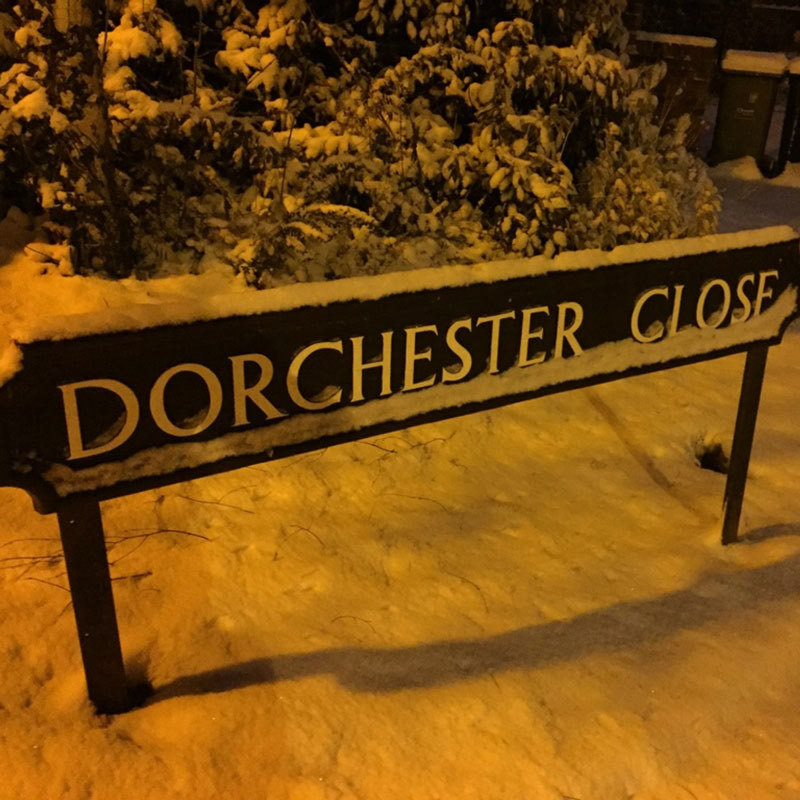 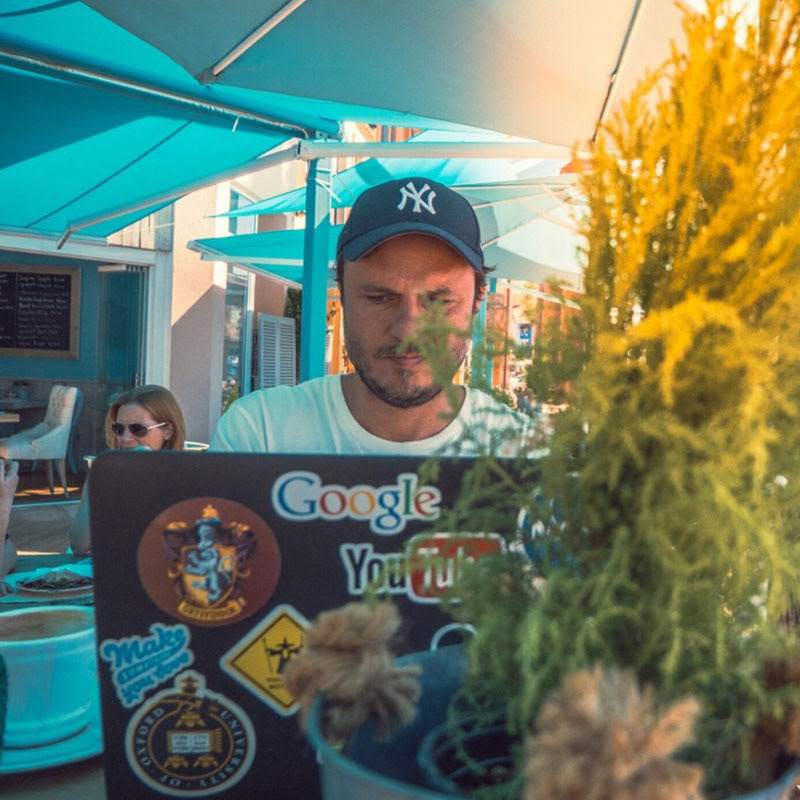 Anywhere is a good place to work 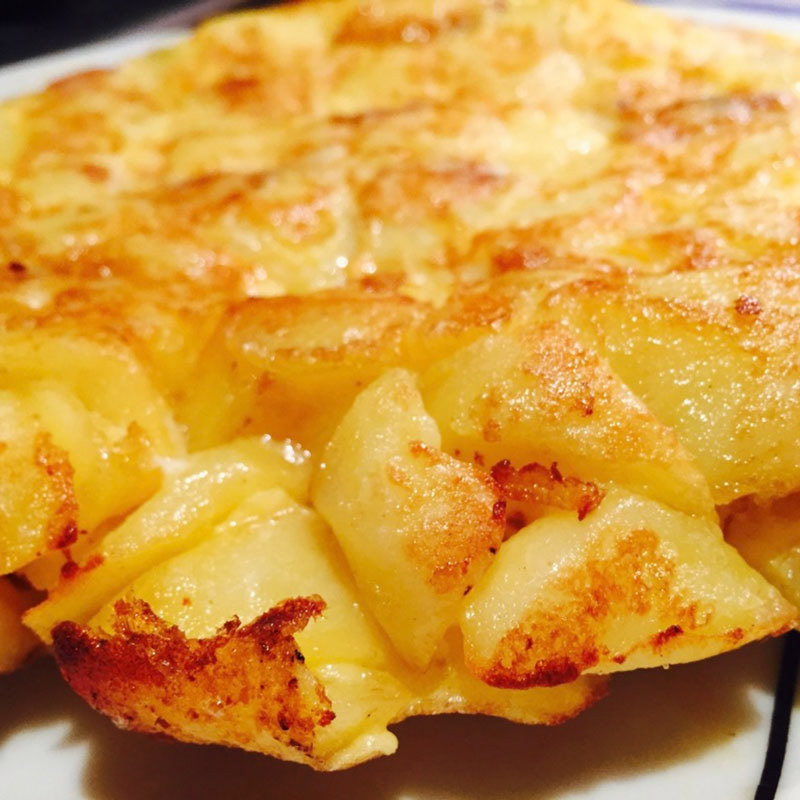 The best tortilla de patatas I ever made was in Oxford! 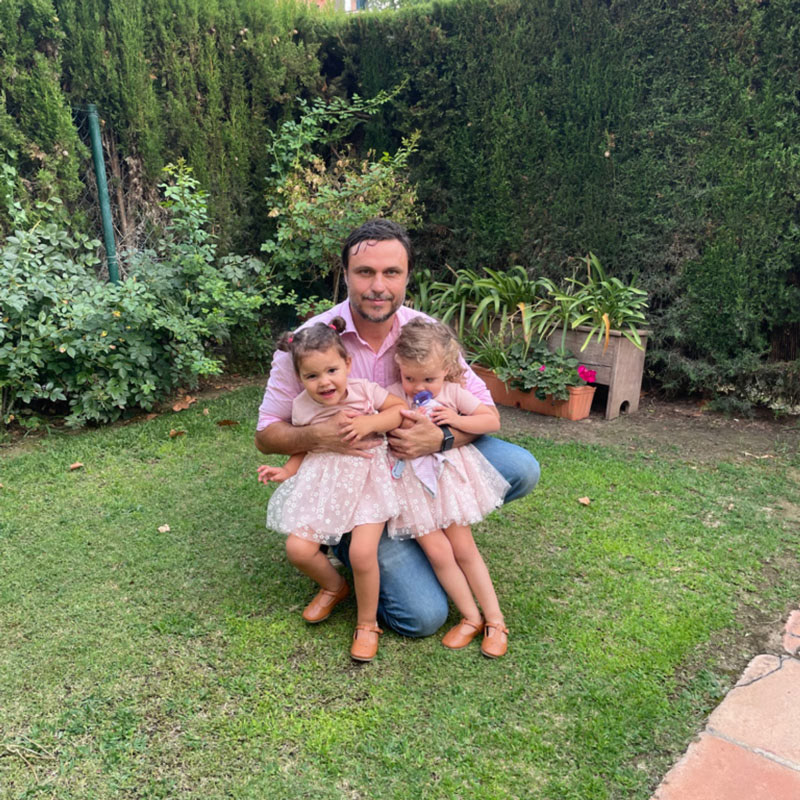 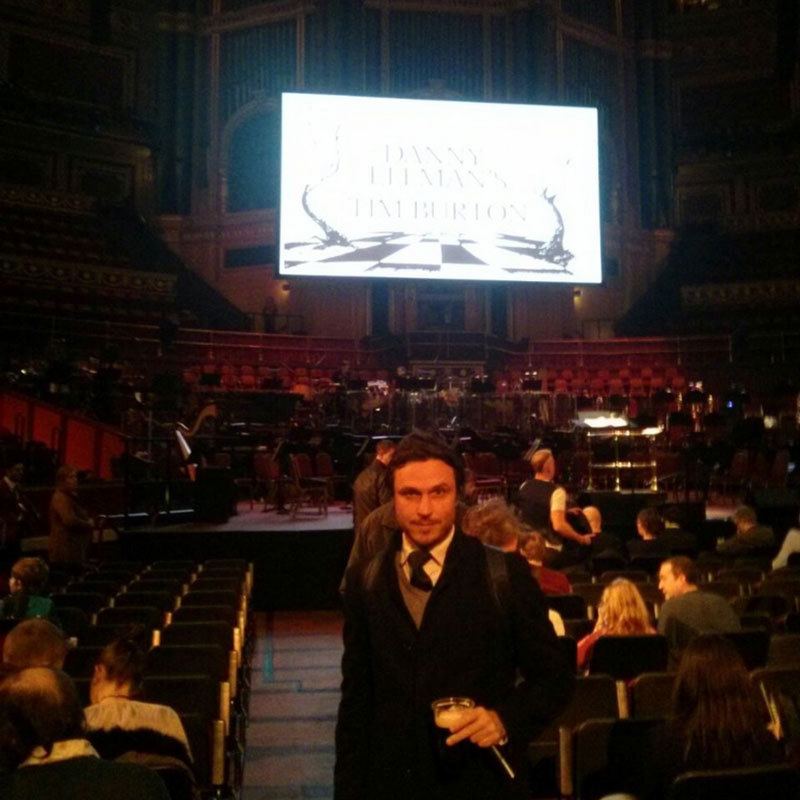 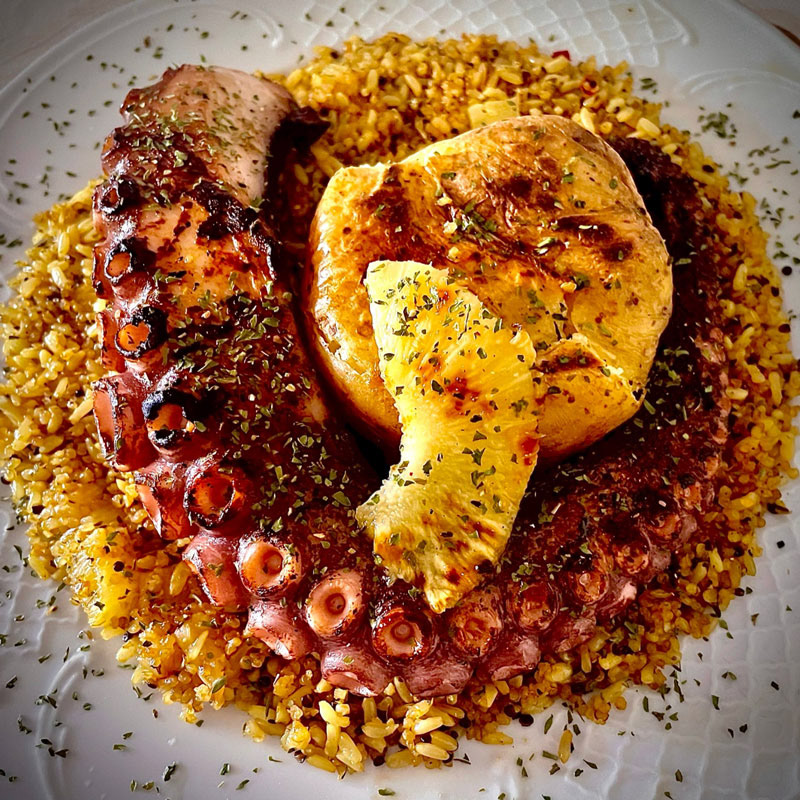 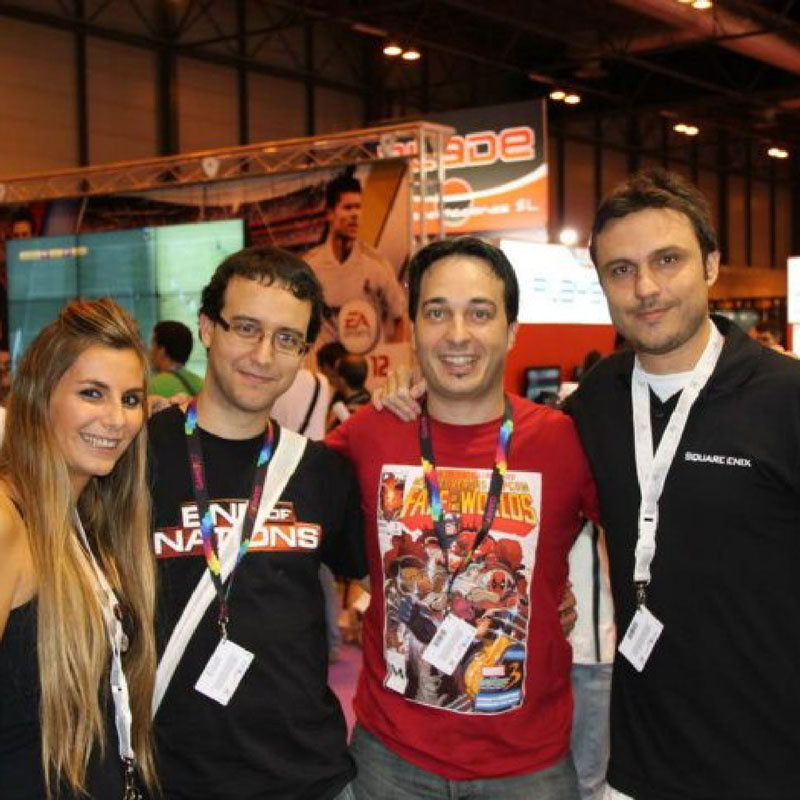 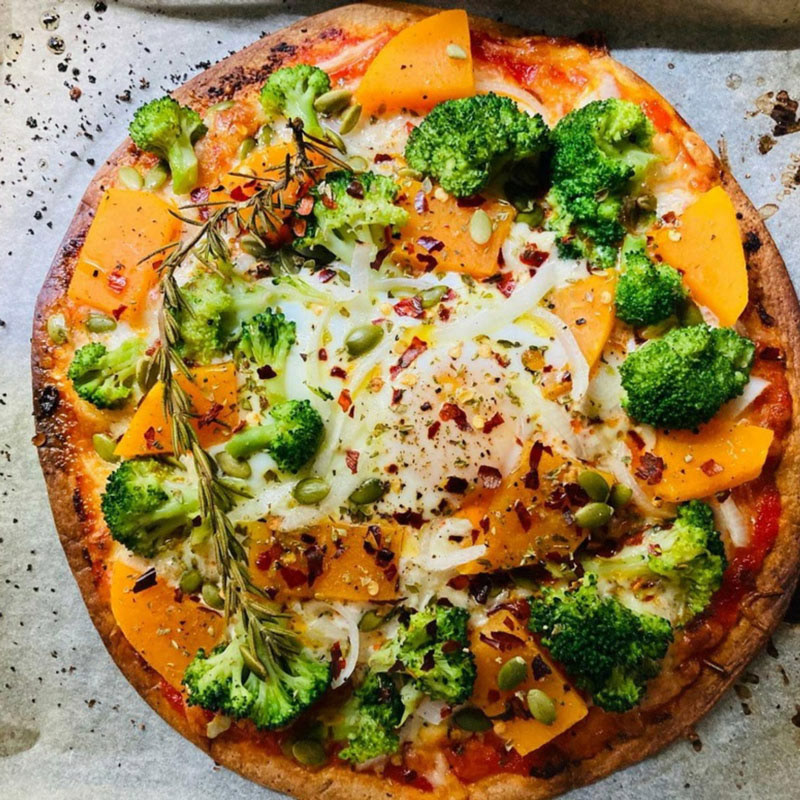 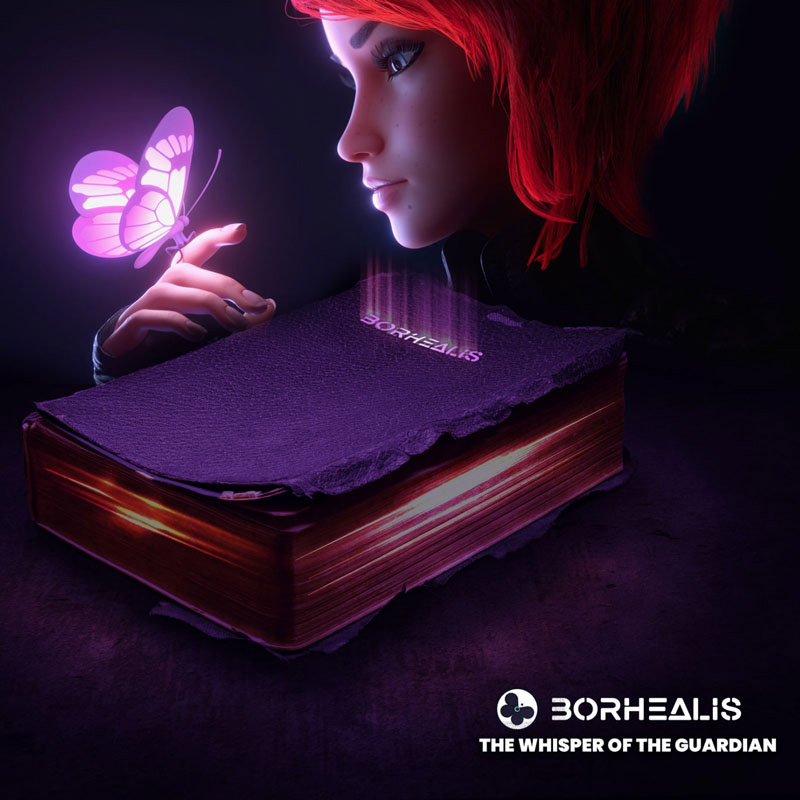 Borhealis: The Whisper of the Guardian.

Academic career
I love to study. It is one of my passions. For me it is essential to find subjects of study that are applicable in my day to day activities.
I studied Economics at the University of Malaga but soon understood that my future had to be linked to art and the creation of experiences and emotions through technology.
So to develop my creativity, I started studying how to create real emotions and communicate them properly, to generate emotions in the receivers of the messages. And above all, to think like others, understanding their personalities, their concerns, what make them happy, something fundamental to get a deep understanding in collective intelligence.
To get this, I studied at the Juan Carlos Corazza International Actor's Studio in Madrid for 3 years, with classmates such as Javier Bardem, Sergio Peris-Mencheta, Pilar López de Ayala or Mónica Cruz.
There I also learned meditation, one of the pillars of my life.
I have completed dozens of online courses to learn everything I have needed and I continue to do so continuously. Some from Universities such as Stanford, Harvard, MIT, Oxford, Berkeley, Cornell... or tech platforms such as Udacity, Udemy or Treehouse In subjects such as Computer Science, Blockchain, Programming, Entrepreneurship, History...
I read technical books daily to improve my work and to learn new things aplicable to my day-to-day activities.
Tech career​​​​​​

Currently, Creative director at Chekin - since Feb 2019
(+3 years)
Worldwide - Remote
I currently work at Chekin since the end of 2018 as the Creative director but have also worked as CPO (Chief Product Manager) for two years. We started as an app that automatically takes care of sending guests' legal details to the authorities and in 3 years we have become a software that is a reference in the tourism and hospitality sector in the world, having registered more than 4 million guests with our tool.
At Chekin, I have personally designed the branding guidelines, style guides, UX/UI of all platforms (web, dashboard, online check-in and app) and introduced processes within the construction of the product such as prototyping and development specifications. , the product specification document, monitoring tools and A/B Tests...
Chekin is today, according to users, one of the companies with the best look and feel, design and user experience i3n the entire tourism and hospitality sector.
chekin.com
Chekin works

Creative director at Ampersand (incorporating Apppli) - from Mar 2013 to Jan 2019
(+5 years)
London, UK
One of my best professional experiences in many senses.
First at Apppli, then at Ampersand when incorporating Apppli, I have design apps, webs and/or branding guidelines for amazing clients like Facebook, NHS, HTC, Barclays, Ogilvy... projects for Papa John's, Tate Modern, Rita Ora... and have worked for dozens of startups like Splyt, weHive, Feedpack, Home Run, Pilot...
Best design award for King College Hospital (NHS)
I also did participated in a Facebook campaign with Leona Lewis for PS Messages.
Featured works

The process - Roadmap
Let me share the process I have learnt according to my own experience over the last 14 years when building tech products.
Step 1 - Scope and discussion:
Before starting any technical action, it is important to talk about the project, the bases and the requirements.
Step 2 - MVP definition:
With all the above information, a minimally optimal version of the product can be defined to put it in the hands of users in the shortest possible time.
Step 3 - Wireframing production (UX):
The entire user experience is designed and the first interactive prototype is generated.
Step 4 - UX discussions with the design team, product managers, developers and real users:
This experience is discussed as much as possible with the agents involved, quickly and efficiently, and the conclusions are implemented to obtain a final UX agreed upon with real users.
Step 5 - Final design production (UI):
Having the definitive UX, the final design of the interface is prepared. Before doing so, it is important to have defined a style guide that is consistent with the company's branding guidelines.
Step 6 - UI discussions with real users:
As with the UX, before having the final design, it is important to discuss it with the agents involved. Two rounds of feedback at most is optimal.
Step 7 - Dev specs document:
Once we have the final UX/UI, we can enable the specifications for the developers, so that they can have the style guide, distances, measurements, sizes, fonts, colors, assets...
Step 8 - Development:
The design team is always alert during the development phase to quickly support everything that is necessary, provide them with new requirements that may arise and help correct possible errors that have been overlooked in the previous phases.
Step 9 - First quality testing:
After the developers themselves, the participants in the UX/UI design have to do the first serious testing to ensure quality control of the MVP.
Step 10 - Drivers:
With few, but qualified users, the pilots are launched, which is the real product working and errors and successes are analyzed.
Step 11 - Release:
Product Launch.
Step 12 - Monitoring and A/B Tests:
On a daily basis, real user sessions are monitored to discover blockages, frustrations, bugs, UX or UI failures... and they are analyzed weekly, taking actions to fix the detected issues.
Similarly, no UX or UI design should be implemented without having previously validated it through an experiment (A/B Test), which should last at least two weeks.
Prioritisation Formula
In the day-to-day requirements and when analysing a new feature, it is essential to apply a prioritisation formula to decide what to do first and what is interesting to build and what has to be discarded.
I understand a good method the following one:
Value (for the company) / Effort (to built)  = Priority
And depending on the complexity of the project, diving deeper:
((CN1 + CN2 + BO1 + BO2 + RE1 + RE2) / (E1 + E2)) x C = P
Where:
CN = Customer's Need
BO = Business Objectives
RE = Revenue
E = Effort
C = Confidence (%)
P = Priority​​​​​​​